A Brief History of St. John the Evangelist Church 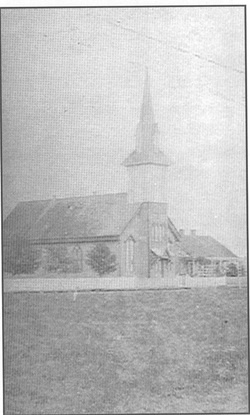 On January 12, 1879 carving area from the nearby church parishes in Charenton and Patoutville, Archbishop Napoleon Perche of New Orleans formally established St. John the Evangelist Church in Jeanerette, LA.  An Irish priest by the name of Fr. John D. Flanagan arrived to take up the duties as the first pastor and set to work building up the parish and a church for services.  The single central spire structure pictured on the left was shingled with the finest cypress and simply furnished on the interior.  With its spire and pointed roof, the church was tall enough to be visible throughout the town. 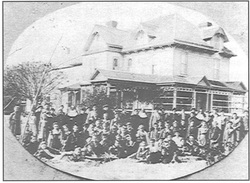 In 1889 five Sisters of Mercy arrived to establish a school for boys and girls.  The first graduating class of the school was in 1892.  Pictured at the right are the faculty and students when the school was located on Provost Street.  Eventually the school was moved across the Bayou Teche to a new facility built on land donated by the Carlyle Bourgeois family and remained an important part of the church and community life until its closure in May 2011. 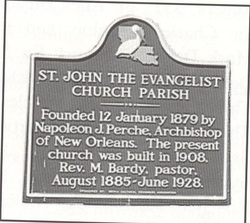 The current church edifice was built during the pastorate of Fr. Michel Bardy and completed in 1908.  It is on the National Historical Register and the official placard is shown at the left. 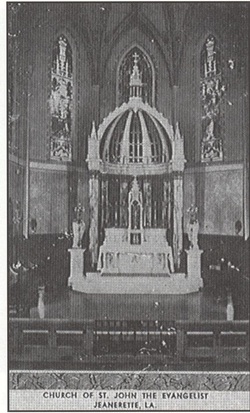 Pictured to the right is the former High Altar of the church.